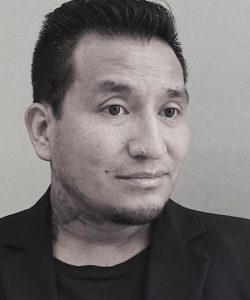 Mario Hidalgo Garfias is a reformed sex-trafficker turned activist. Born into a dysfunctional family where negligence, violence and sexual abuse were a common practice, he was sexually abused himself “every day” as a child. By the age of 17, he was kidnapping, raping and selling girls for profit. Involving his brothers, he led a notorious ring known as The Garfias.

Within two years in the illicit business, Hidalgo Garfias was arrested and given a 12-year sentence. But, while in jail, he had ample time to reflect on his misdoings and the pain he caused – “Truly this is something I regret,” he says – which led to an awakening and a relationship with God.

Following his release, Hidalgo Garfias began to work in earnest to redeem himself by becoming a leading voice in the fight against sex trafficking and collaborating with authorities, often working with organizations like Comisión Unidos Vs Trata. Through his efforts, hundreds of girls have been rescued in Mexico.