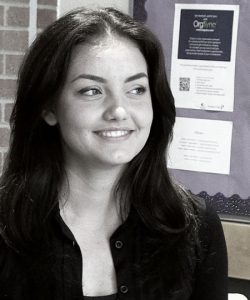 Born in Bangkok, Thailand, Carolina Douthit grew up visiting and performing at hospitals, orphanages, elderly homes and disaster relief centers. At the age of 14, a book shook her to her core, revealing the dark reality that her country was no stranger to human and sex trafficking. Unable to look away, she began volunteering at a home for rescued boys of human-trafficking crimes.

In 2016, she relocated to Texas to begin her studies at the University of Texas, Dallas, majoring in political science, with a minor in non-profit management and community development. In the Dallas community, she began hosting an event called Walk for Freedom, part of the A21 Campaign to raise awareness about human trafficking. In 2017, she was appointed the Regional Coordinator and now manages the organization’s walks across the southern U.S.