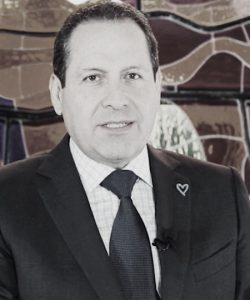 Eruviel Ávila Villegas is a Mexican politician the current Governor of the State of Mexico (2011-2017). During his administration, Ávila Villegas highlighted the need to aggressively fight human trafficking by implementing a major shut down of 1,700 illicit businesses which were identified as potential sources of human trafficking in the State of Mexico.